Pendulum of Trust in Law Enforcement

Pendulum of Trust in Law Enforcement 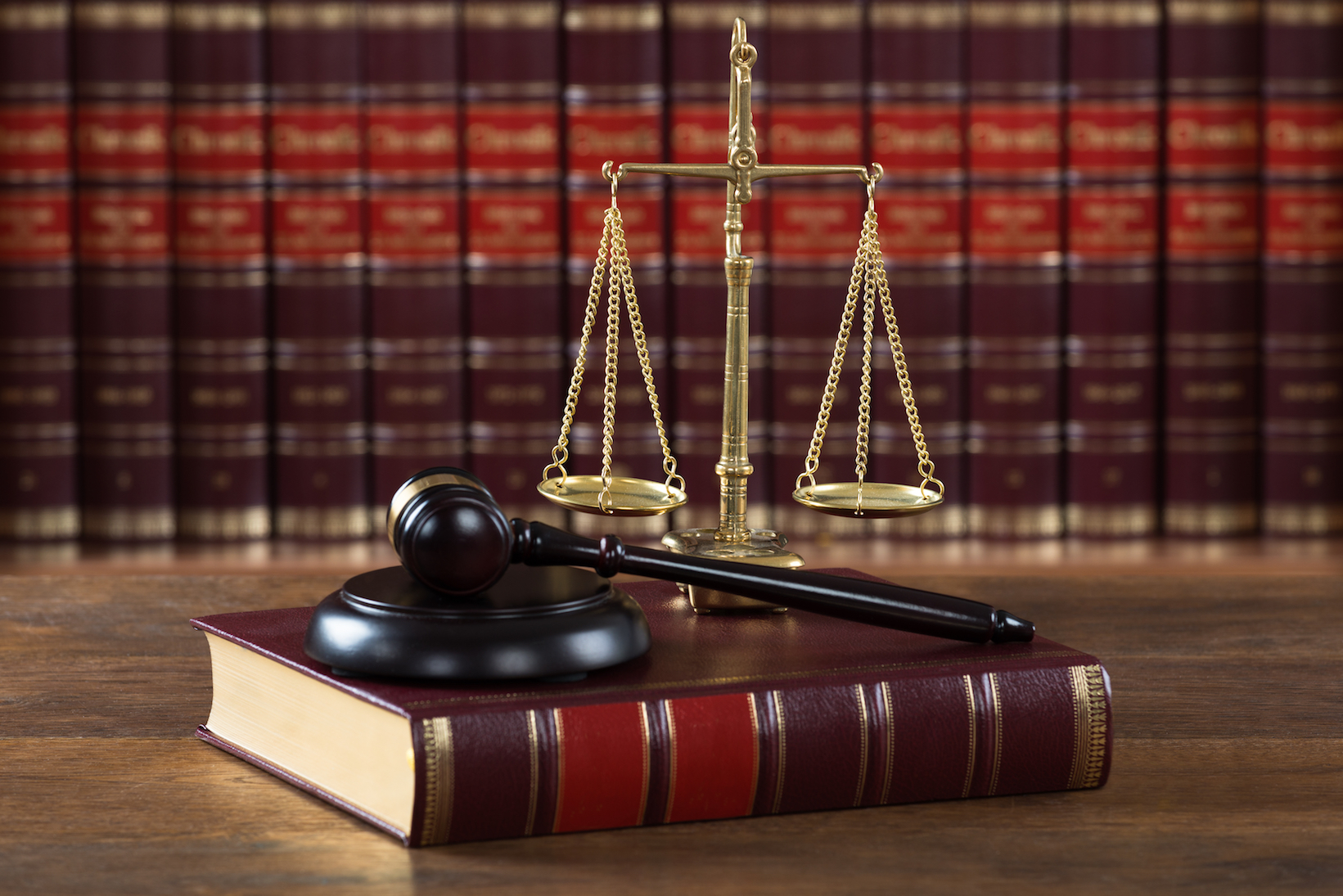 As a Director of the EIA Group (USA), and a recently retired Captain of a US Police Force, I have felt saddened, though I have understood, as I have watched the public we protect, stop trusting us. I have been equally saddened by a failure to embrace the great body of behavioral research that lends deep and rich insight into human behavior. This is the first in a series of articles that will provide you with a personal perspective of the current state of affairs in our interview rooms. In this article, I will outline training that represents what I feel is the best that is available to us today. I know, I am biased, as I now work as part of the EIA Group, though I have to stress that the EIA Group approach was the reason I joined them a year ago. In follow-up segments I will provide a closer analysis of police behavior during interview and interrogation and how I think we can help law enforcement officers and others working in the security sector to improve.

SCAnR as a Behavioral Diagnostic 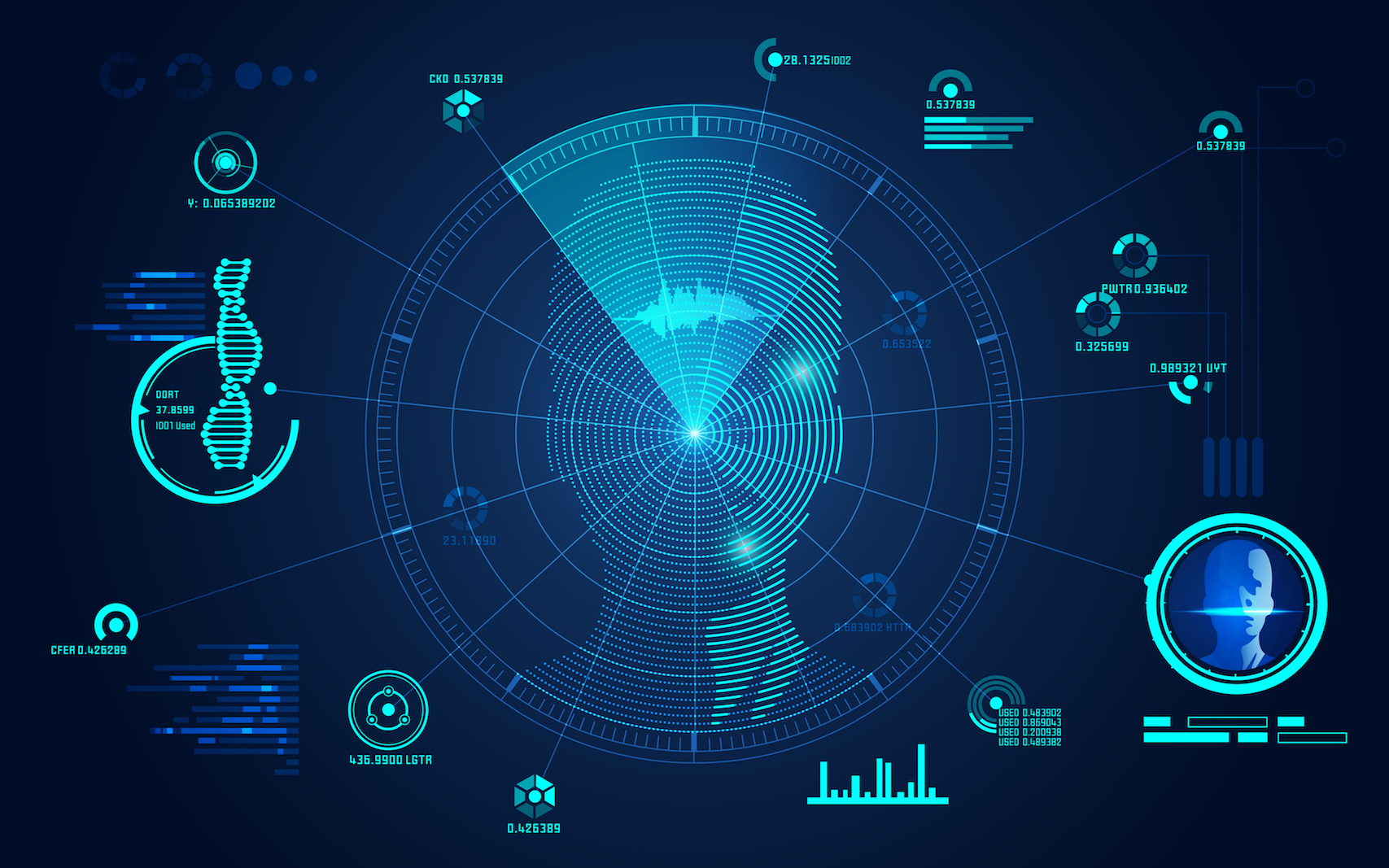 Conventional police interview training tends to the ephemeral: the precise definition of a quality interview method can be elusive. Six Channel Analysis-Realtime (SCAnR™) is a synthesis of the latest research combined with corroborative evaluation and real-world testing of very specific weighted criteria. SCAnR™ greatly reduces anxiety and contributes to improved performance in the interview room because the detective can rely on readily observable and scientifically significant behaviors. SCAnR™ provides evidentiary criterion, within the Behavior Analysis and Investigative Interview course (BAII), to form the foundation from which the investigator can conduct a professional interview and the ability to develop or refine the intuition outside the purview of bias and prejudice.

This is a time when it is imperative that law enforcement finds a less intrusive means of evaluating the behavior of the accused. For those entrusted to maintain the sanctity of the Constitution, SCAnR is one of the best behavioral diagnostics available for a variety of reasons. 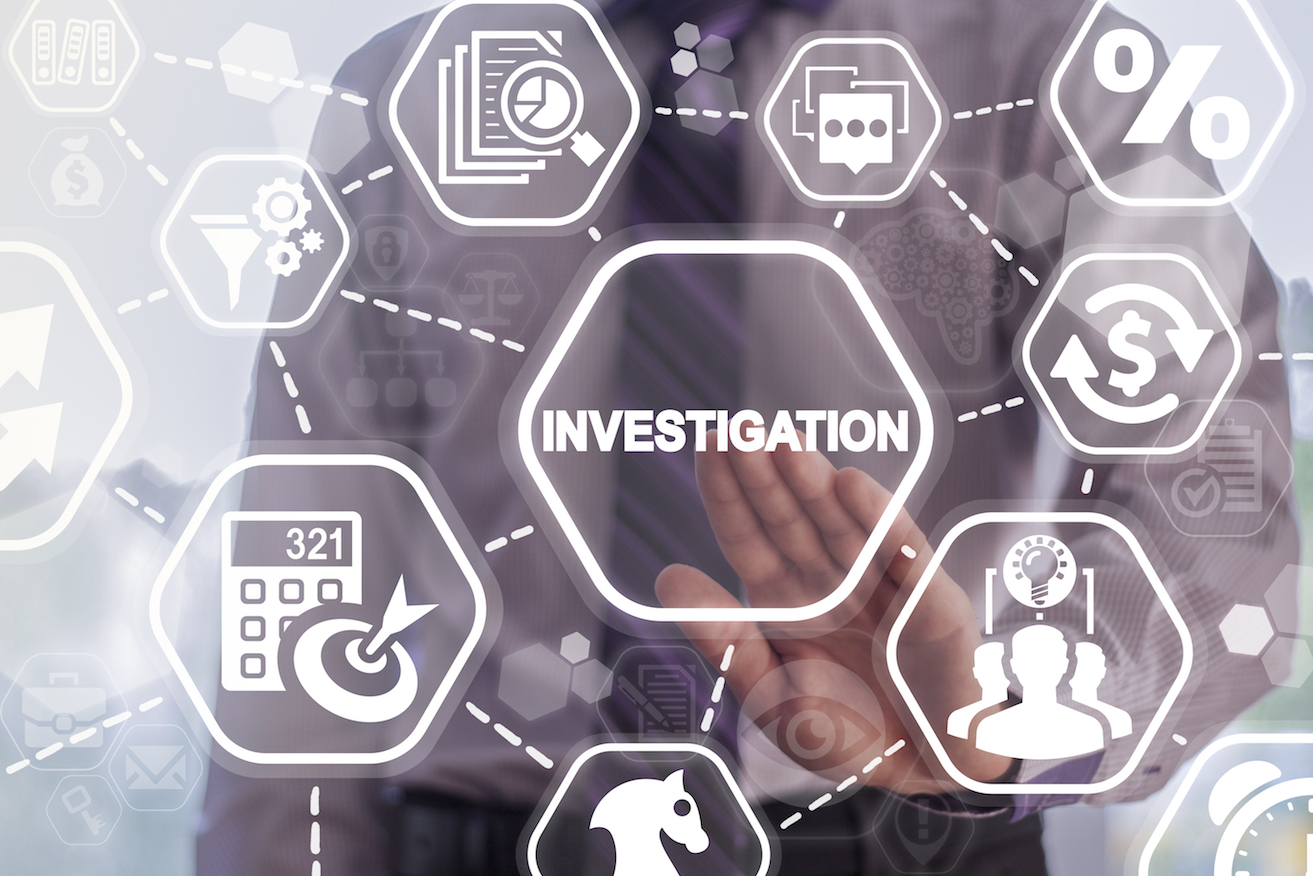 SCAnR as a Force Multiplier

A complex investigation such as a homicide investigation or a mass casualty event has multiple external drivers that impose time compression and create a demand for extensive resources such as a major case squad. It is crucial that detectives are able to distinguish and prioritize persons of interest from the uninvolved: quickly identifying and separated key witnesses; role players, stakeholders from suspects.

Conventional interview methods may result in prolonged or even unnecessary interviews. Sometimes investigators lack the confidence to accurately assess credibility. As a result, subjects are often scheduled for a polygraph just to “be sure” that they are not a person of interest because the detective was not capable of identifying and articulating the clear absence of deceptive behavior.

SCAnR utilizes scientifically based elicitation strategies so that detectives can quickly process and filter interviewees and move on to the next interview with assurance that they are not inadvertently discarding a viable witness or role-player. Delays can be avoided and investigative tempo can be maintained when detectives use validated criteria to make confident real-time decisions.

First Do No Harm

Of the Epidemics is a part of the collection of ancient Greek medical texts written around 500 and 400 B.C.E known as the Hippocratic Corpus. Of the Epidemics is considered to be the more likely source of the popular saying that is traditionally applied to healthcare and ethics, “First do no harm.”

Consider another quote from the texts: The physician must be able to tell the antecedents, know the present, and foretell the future – must mediate these things, and have two special objects in view with regard to disease, namely, to do good or to do no harm.

Doesn’t this sound fantastically close to the expectations of the modern police officer? Lets look at a modified version with only two words changed: The officer must be able to tell the antecedents, know the present, and foretell the future – must mediate these things, and have two special objects in view with regard to justice, namely, to do good or to do no harm. This is the very essence of behavior analysis!

The last thing in the world that a police officer wants to do is to harm an innocent person. Would it help you if you could tell if someone is lying without having to put any psychological pressure on them? When I posed this question to a seasoned detective he responded with a personal story of a long-since past investigation.

“Absolutely, Yes! We had an infant death investigation and Dad was the only person that had access to the baby all night. We couldn’t tell whether this was an accidental or crib death or if Dad had intentionally hurt the baby. I had to interview him hard to be sure that he had not done it. I wouldn’t blame him if he hated me today.”

Great bodies of research lend us insight into human behavior. It is time that we bring science into the interview room. Six Channel Analysis in Real-Time does just that.

In the Midst of Tragedy 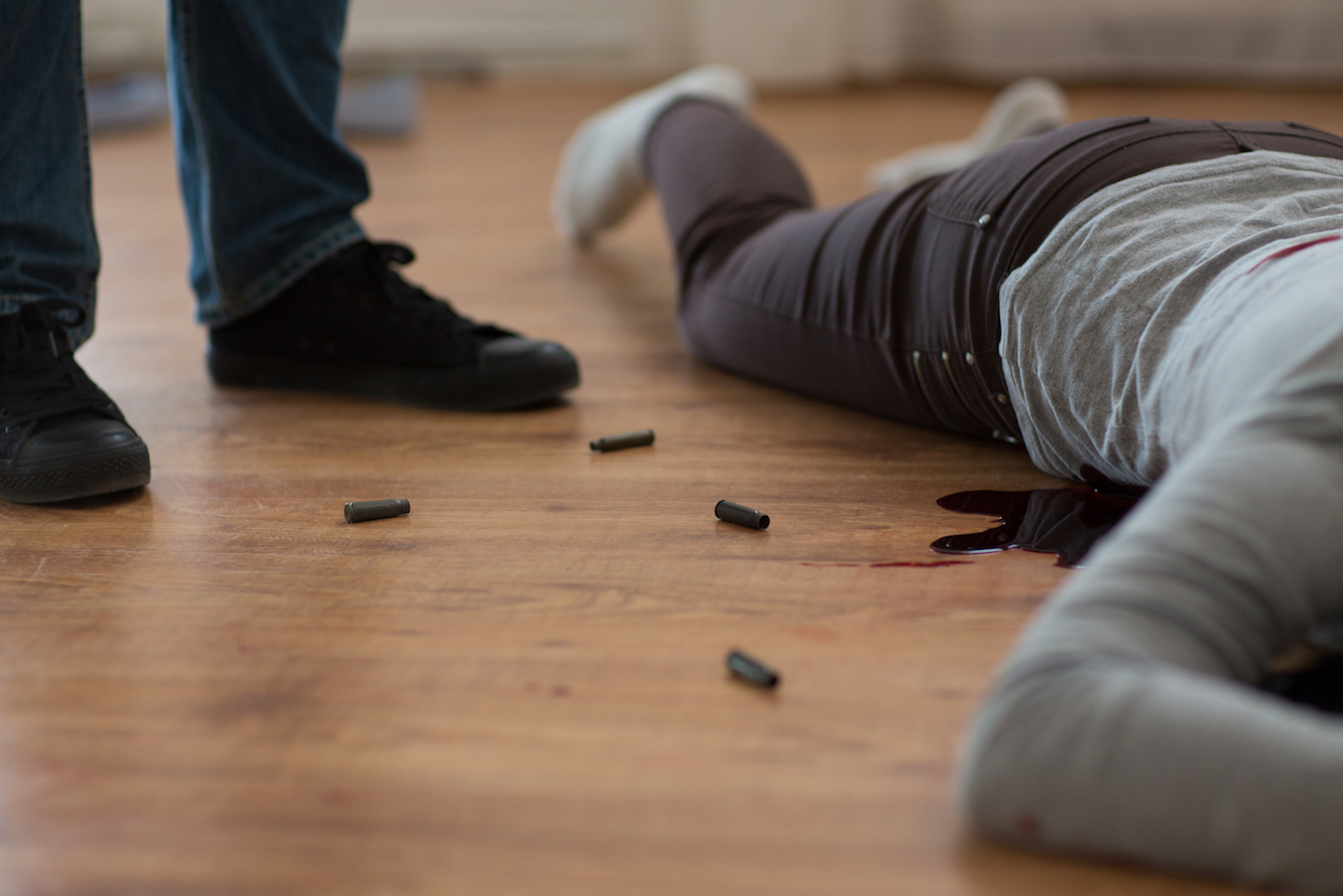 Death investigations are sensitive matters, suicides are no exceptions and this particular one was most definitely tragic. Mom and Dad, though estranged, still resided together with their teen daughter. After a few evening drinks they had each retreated to their respective adjacent bedrooms that were upstairs.

The gunshot startled her and she ran upstairs to find her mother lying on the floor in the open foyer with a gunshot wound to the head and the handgun beside her. Dad was already with Mom by the time she ran up the stairs.

The emotional trauma inflicted on this young girl was horrific. Dad appeared to be distraught as well. As the Sergeant at that time I was responsible for determining whether the father was actually a homicide suspect or had the mother inflicted her own injury.

If this were a suicide, taking the heartbroken teen and the distressed father to the station would only cause further harm. The circumstances were such that it could have been very difficult to sort out what had actually happened before the young girl arrived at the top of the stairs.

Was the mother was actually alone in the foyer outside of her room as Dad had alleged or was he with her and did he play a role in her death? In order to know the truth I would have to determine the sequence that their respective bedroom doors were opened and I would have to be certain that both the father and daughter were being truthful in their statements.

I conducted both interviews there in the home. Using primarily cognitive interview and memory mining methods I was able to determine that the mother had indeed opened her door first and her two dogs accompanied her into the foyer and the gunshot rang out before the father’s bedroom door opened. In my interview with the father, I was able to distinguish the behaviors that he was exhibiting as contextual and consistent with his baseline in those circumstances at that time. I was able to sensitively elicit information and use probing questions without causing any further undue anguish.

In summary, I was able to maintain a relationship with both of the true victims in this case while determining with certainty that no foul play had occurred. Without the use of a non-intrusive, scientific interview method I would have had to transport the two grieving persons to the station. This certainly would have unnecessarily exacerbated the situation for them at what was one of the worst nights of their life. The next year the father went out of his way to thank me for the way I handled it that evening. I left knowing in full confidence that I had made an accurate determination in the matter. Six Channel Analysis, used in Real Time was a true gift that evening.